Chasing The Magic Of Southern Lights In Australia

Experiences that are over-dramatized are often not taken very seriously. That said, we can and will proclaim that the panorama of the Southern Lights is exempt from this rule. If an Aurora Australis picture or tale has underwhelmed you, believe us when we say that it was due to absolute dereliction on the part of the storyteller. Comprenez-vous?

The inconceivable light show that nature puts on for us is simply unreal. It simultaneously transports one to an era where magic was almost palpable while also drilling in us, the wondrous phenomenon that is nature. And, that is why it should rank high on a globetrotter’s bucket list.

Pursuant to this magic, we are going to steer-clear-of-tedium and not delve into the science behind the Southern Lights. Instead of expounding upon Sun’s coronal mass ejections, we’re chronicling the beauty that inspired the ‘Flight to the Lights.’ This was an actual Air New Zealand flight that flew in a zigzag pattern for eight hours to offer an unparalleled experience of the Aurora Australis. 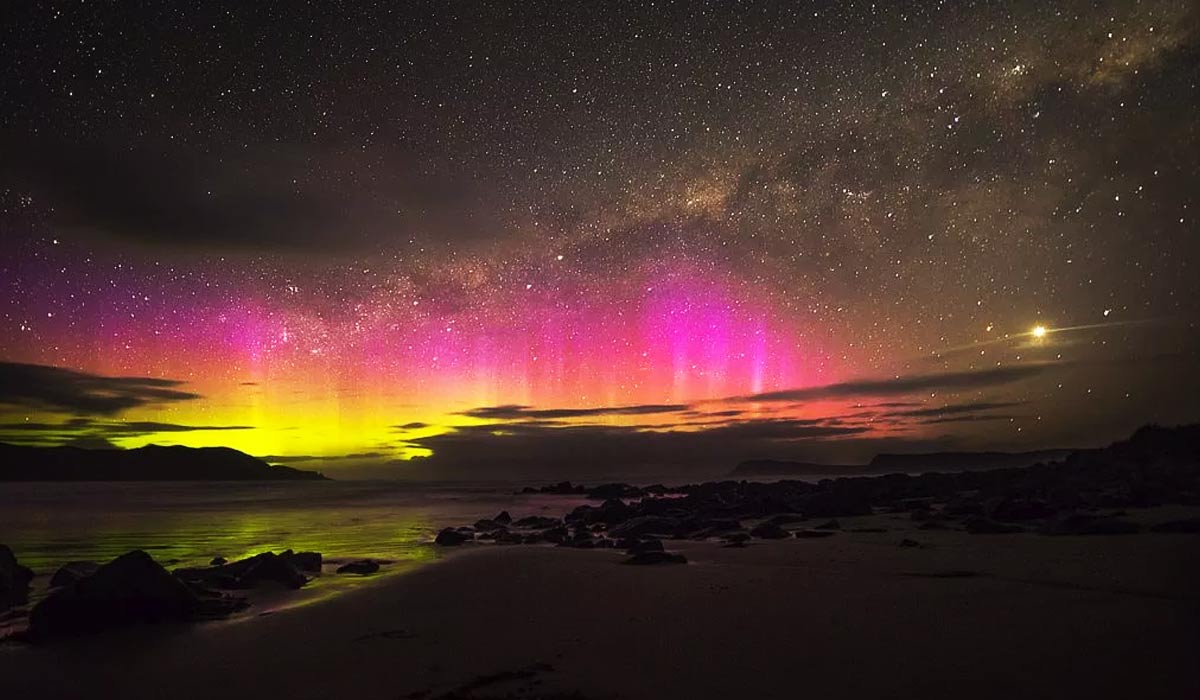 Dancing Curtains of Light Across the Sky – The Where

Run of the mill voices claim that the beams of light shooting up the sky and into the atmosphere have a visibility spanning Australia. But for a traveller, the prime probability of witnessing the green hues splashing across the midnight blue ether is the southernmost tip of the continent – Tasmania. The island state affords a wanderer the cardinal vantage point of viewing the auroras. The sparsely populated and lesser known land makes the visual an even rarer experience than the Northern Lights.

A mere half an hour away from the capital city of Hobart, the comparatively rural island does away with two impediments – light and air pollution. The clear skies and the stunning wilderness of the place make it the indisputable spot to behold the dancing lights. For a paradisiacal view, we recommend the tiny coastal town of Eaglehawk Neck. The best element of the trip is the brutal beauty that keeps the traveller entranced during the day. The wind and the water have sculpted riveting rock formations like the Tessellated Pavement and Tasman’s Arch around the island. 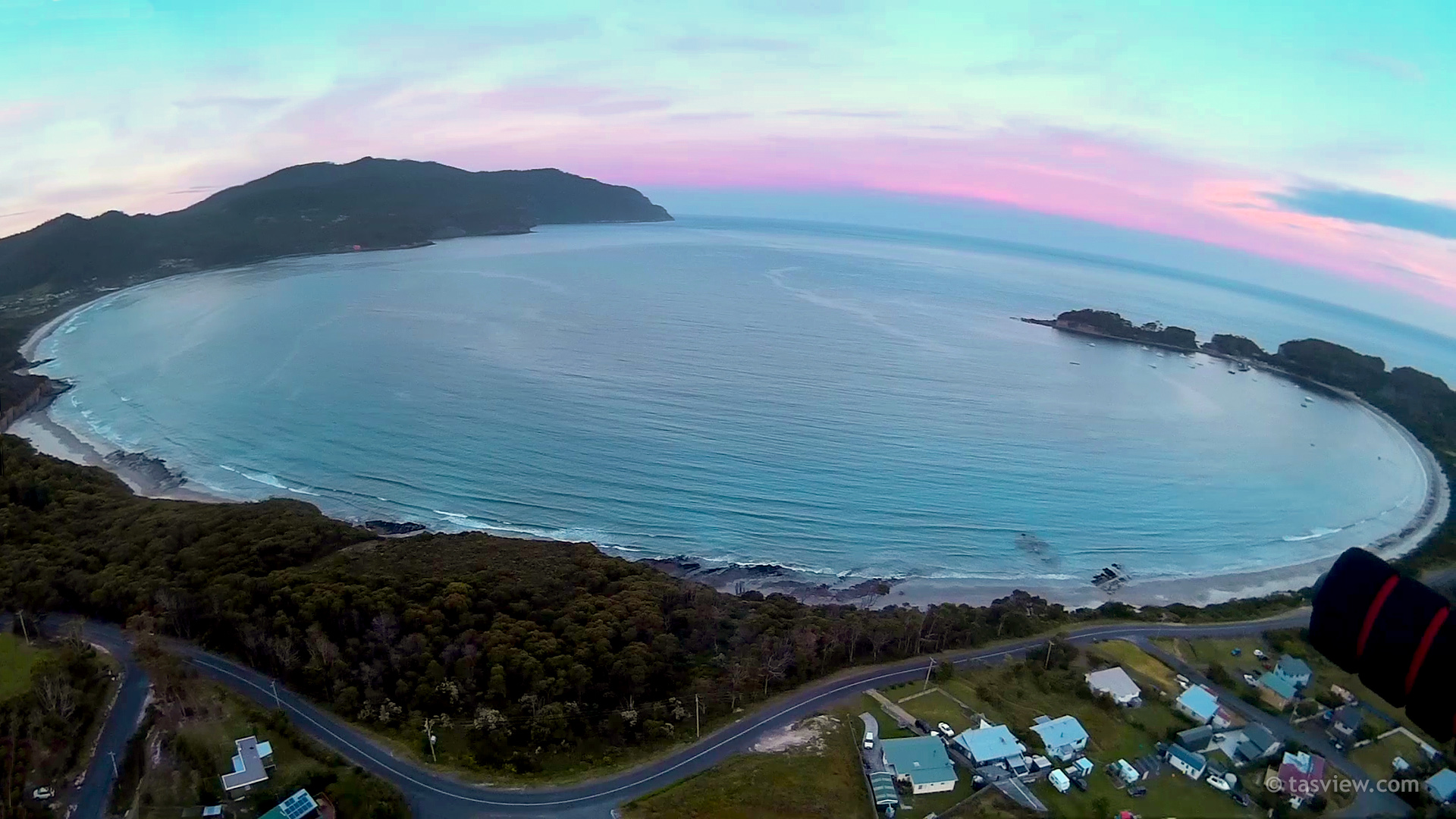 For those who want to club a luxury hideaway with a truly unique experience, we endorse this private island. The repurposed luxury stay brings a hard-to-describe bewitchment to the Southern Lights. Imagine kitchen gardens, a concierge on your beck and call and a whole island at your service, while you chase the fast-moving pulses of red, greens and purples over the night sky. 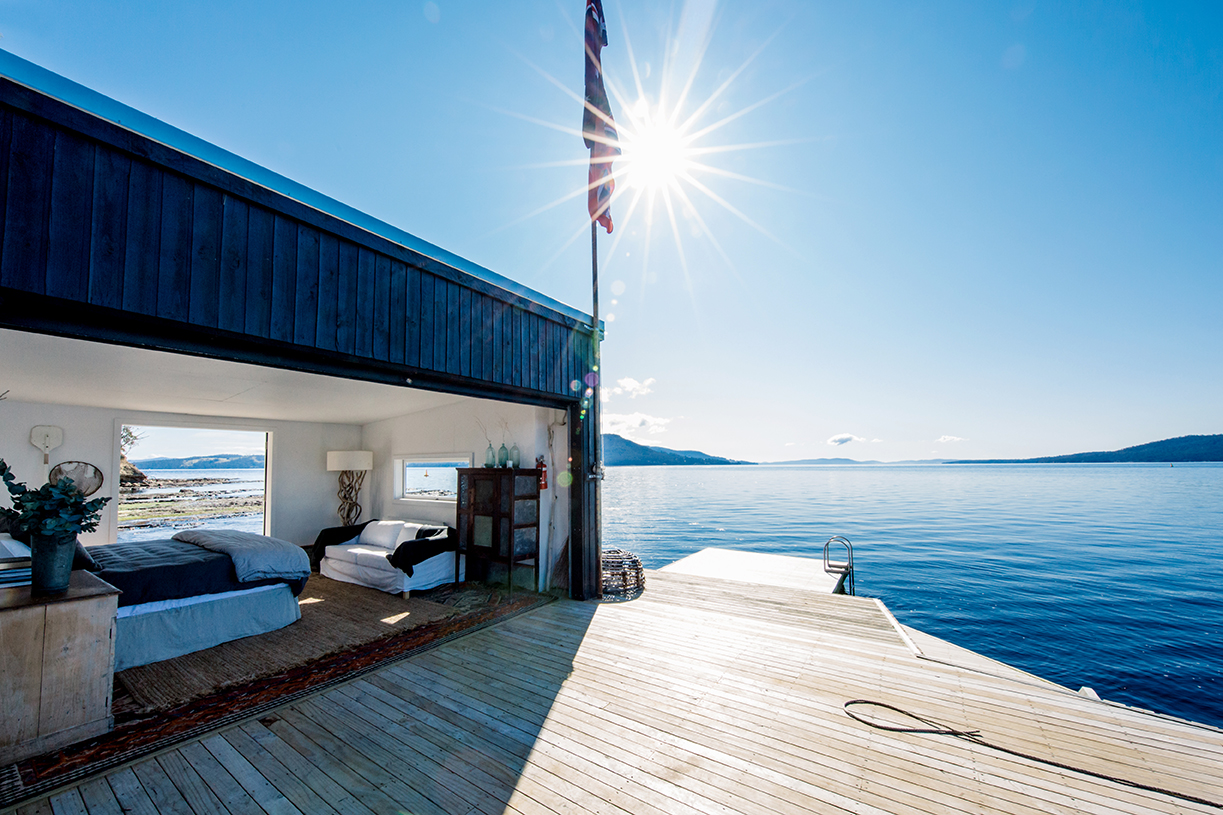 To enjoy nature’s most magnificent show, you need to put your feet up and let time stand still. Patience is the key to entangling with the fast-moving fingers of light that seem to foxtrot right in front of you. Though the phenomenon occurs all year round, the best time to catch a glimpse of them is southern hemisphere winter months. The curtains of vermillion and leafy green (that mostly appear to the naked gaze as incandescent white clouds) tend to illuminate the night sky during the spring equinox. So, plan with us your trip anywhere from March to September and keep your eyes peeled right when it is dark-o-thirty (read moonless and post midnight).

So, waste not a second more. If you have been toying with idea of visiting the mighty Australian continent, we hope that the Southern Lights phenomenon will tip the scales in its favour!

Get away from the machinations life for a bit. Immerse yourself in the dazzling and awe-inspiring artistry of the sky. Let the absence of noise keep the mental noise out and encourage meaningful conversation. Give us the chance to help you have the life-changing experience of seeing flashes of brilliance in pitch dark night skies.
Why wait, go see! Travel made easy with Indiana travels.